“The high response shown towards the NED indicates a strong interest among our companies to continue their export business despite various global issues such as the US-China Trade War. It is imperative for MATRADE as Malaysia’s trade promotion organisation to boost their drive to continue venturing abroad and this event will help them understand how they can do things differently within the context of the current economic environment,” Wan Latiff said.

In 2018, Malaysia’s total trade breached the RM1 trillion mark (RM1.004 trillion) for the first time ever and based on the latest data, during the first eight months of 2019, total trade stood at RM1.209 trillion.

As it carries the theme ‘Sustainability and Inclusiveness’, NED 2019 targets to assist companies from various industries such as Food & Beverages, Oil & Gas, Chemicals, Construction, Logistics and Electrical & Electronics, just to name a few. “Efforts have also been made to live stream the proceedings to all of MATRADE’s state offices including those in Sabah and Sarawak as well as MATRADE’s trade offices around the world through our Facebook platform,” Wan Latiff shared on airing the event live via social media to ensure businesses who can’t attend the event will be able to access the insights shared during the conference.

During the session, participants are exposed to current market opportunities that are relevant to them, tax incentives, digital platform as a trade enabler, how sustainability can give them an edge as well as ways to manoeuvre their business strategies within the context of protectionism and geopolitical issues.

“With continuous efforts such as the NED, engagements with local companies can be consistently maintained to ensure their active participation in export,” he added.

During the NED, a Memorandum of Understanding between MATRADE and Permodalan Usahawan Nasional Berhad (PUNB) was also exchanged. The MoU includes a co-operation between the two parties to internationalise Bumiputera entrepreneurs through an initiative called Glory 25. Through the initiative, MATRADE and PUNB will be sharing resources to provide market access, financial support and capacity building to selected entrepreneurs.

NED 2019 is part of MATRADE's Corporate Shared Values (CSV) initiative called SUSTAINABILITY ACTION VALUES FOR EXPORTERS, or SAVE. Through SAVE, MATRADE is taking a leadership role in championing the adoption of sustainable

The NED is also an excellent platform for Malaysian companies to engage with their respective industry players as well as with MATRADE officers to seek clarification on MATRADE’s facilitation and how they can leverage on the export incentives announced during the recent Budget 2020. “They will also get the opportunity to be consulted by MATRADE’s officers who have served as Trade Commissioners (TCs) overseas. These former TCs will be able to give them valuable insights based on years of market assessments,” he pointed out.

The MATRADE’s former TCs who will be speaking at the event are those who were based in Almaty, Ho Chi Minh City, Yangon, Chengdu, Rotterdam, Seoul and Tokyo.

Meanwhile, the speakers who are featured in the NED include Professor Lim Chin Leng, Chinese University of Hong Kong and Ms. Rina Neoh, Co-Founder of Ficus Venture Capital Sdn Bhd. 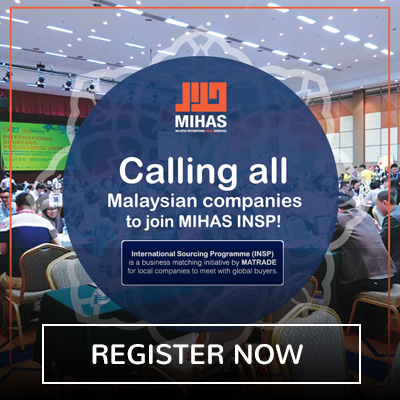